These pom pom flowers are cute, quick, easy, and cheap. All of my favorite things for a quick afternoon project!

This DIY can be adapted for any time of year. I love pastels and brighter colors for spring and summer. Moody blues, greens, and grays would be great for colder months.

I also love that if you may already have everything at home to make these. If you don’t have a pom pom maker, don’t fret! I will show you how to make pom poms without one.

Make PomPoms With a PomPom Maker 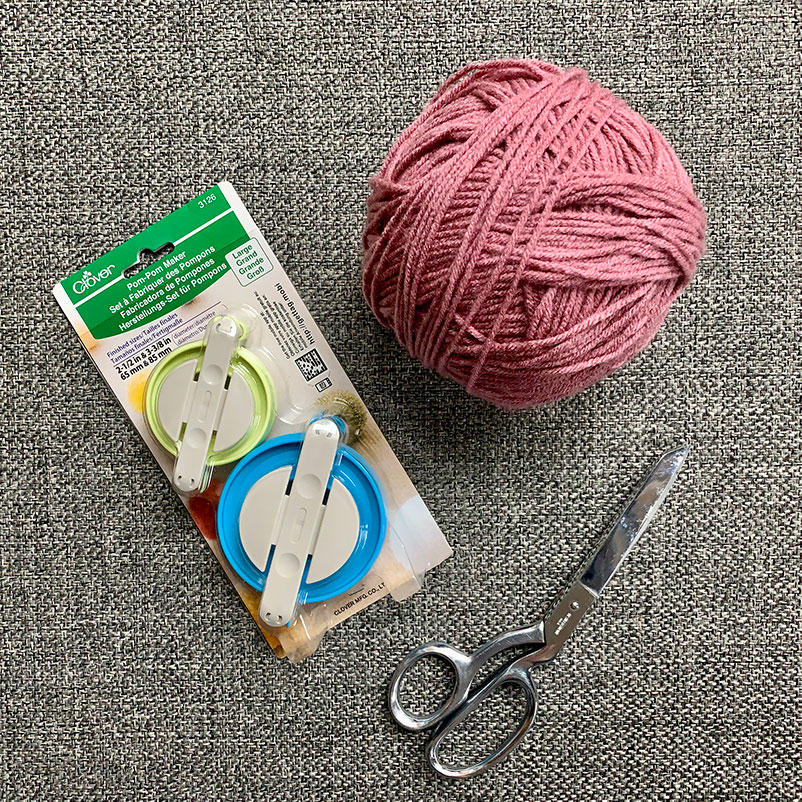 The easiest and most consistent way to make a pom pom is with a pom pom maker. I like this one for large pom poms from Clover. 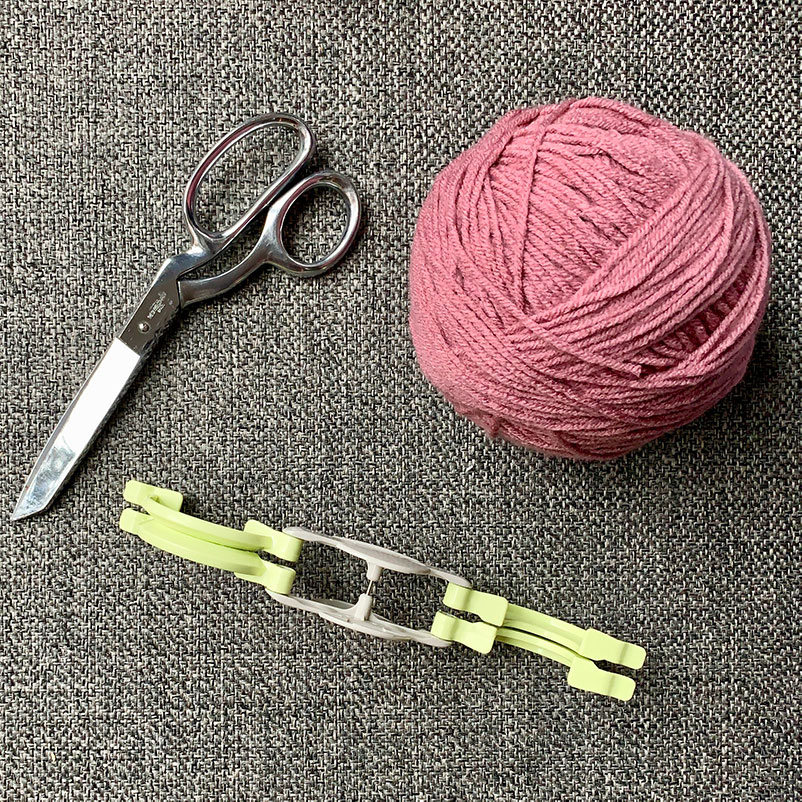 Open up the pom pom maker so the green pieces make an s shape when viewed from the side. 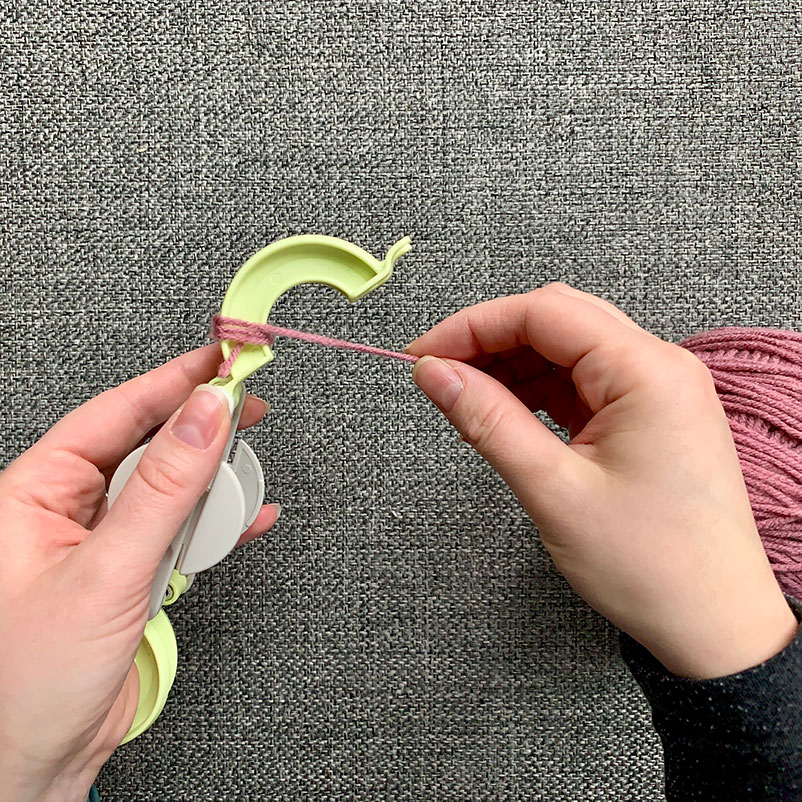 Begin to wrap your yarn around both of the green pieces on one side of the pom pom maker. 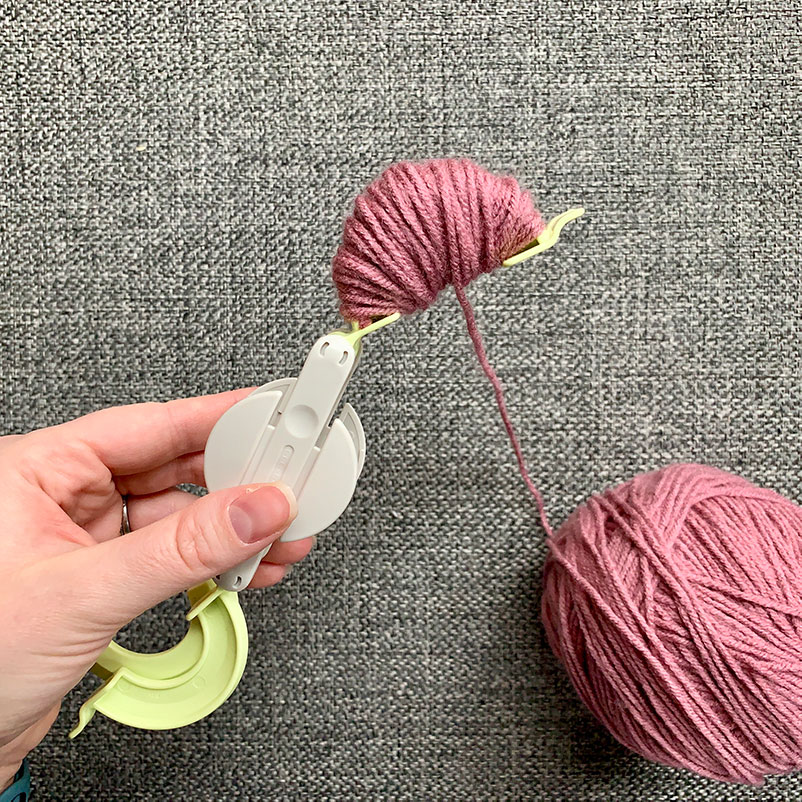 Continue to wrap until the yarn makes a half circle. 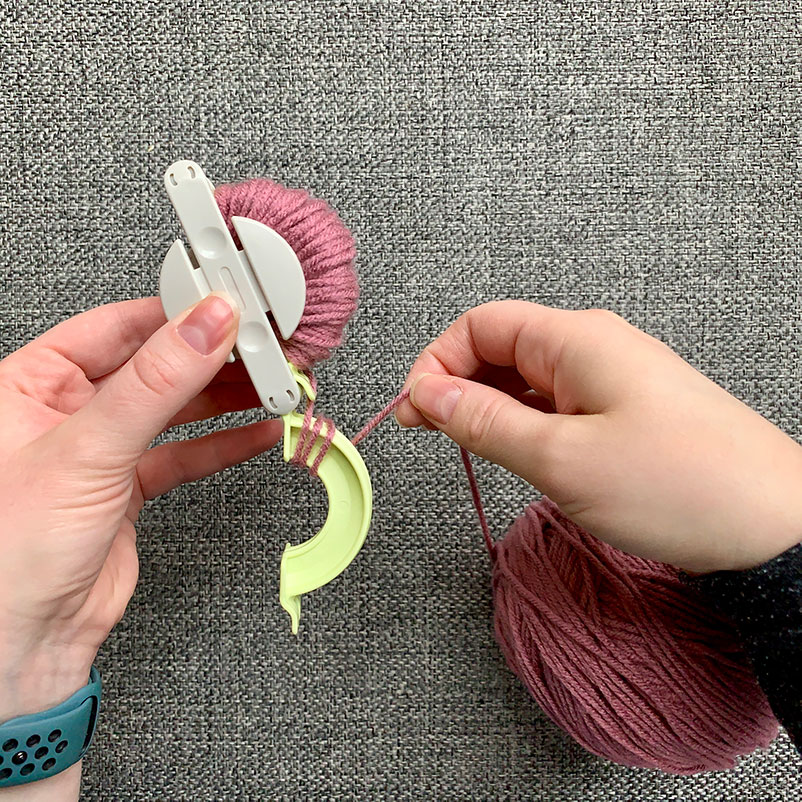 Close the side that you just finished and begin wrapping the yarn around the remaining side of the pom pom maker. 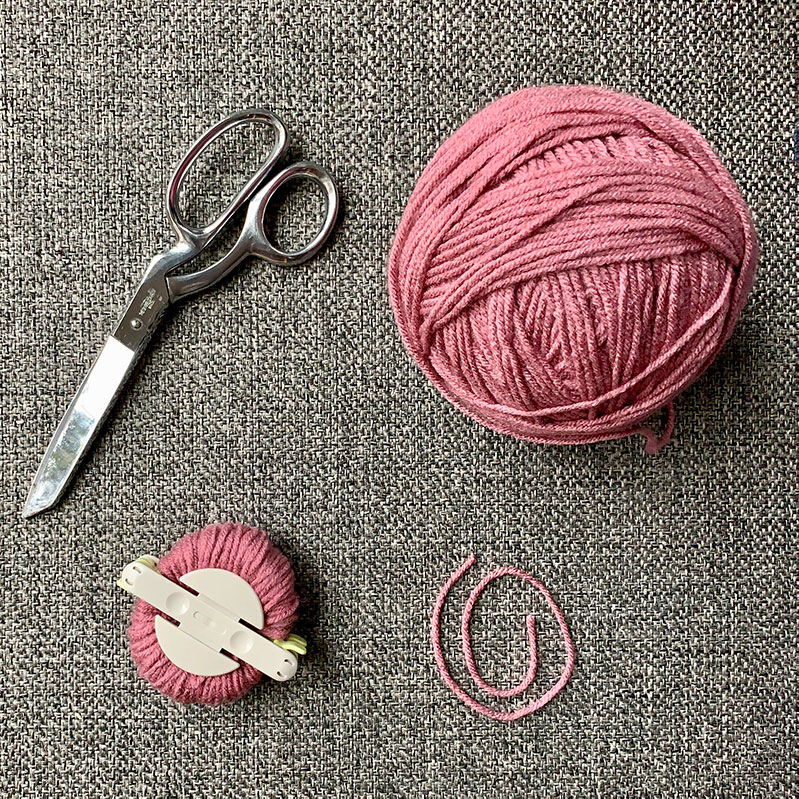 When you are finished with the second side, close the pom pom maker and cut the yarn. Cut another piece of yarn around 12 inches long. 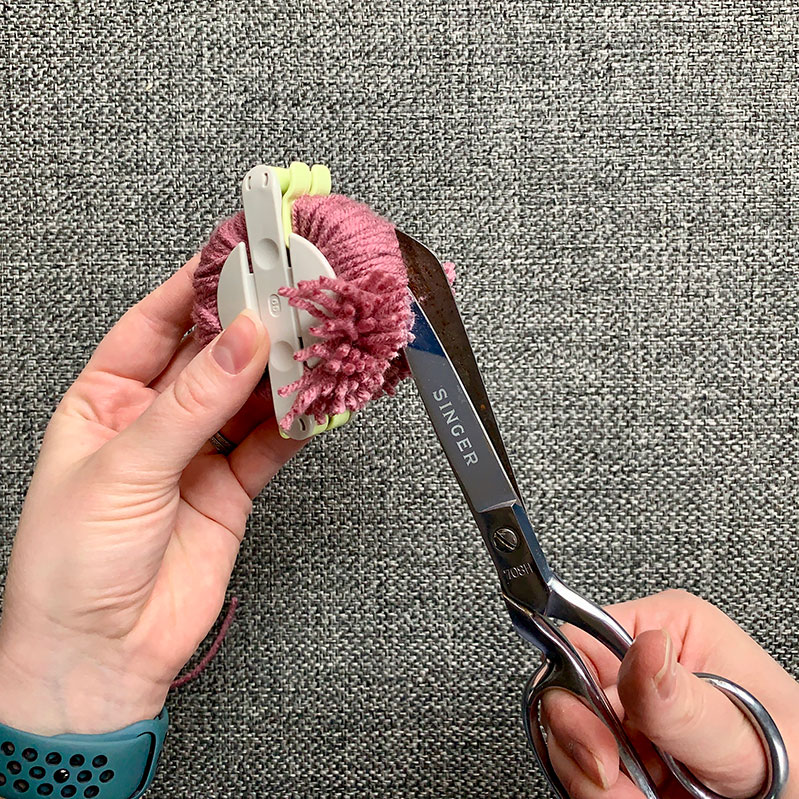 You will notice that your scissors sit nicely within the v shape of the green sides of the pom pom maker. Place your scissors here and use it as a guide to cut the yarn. 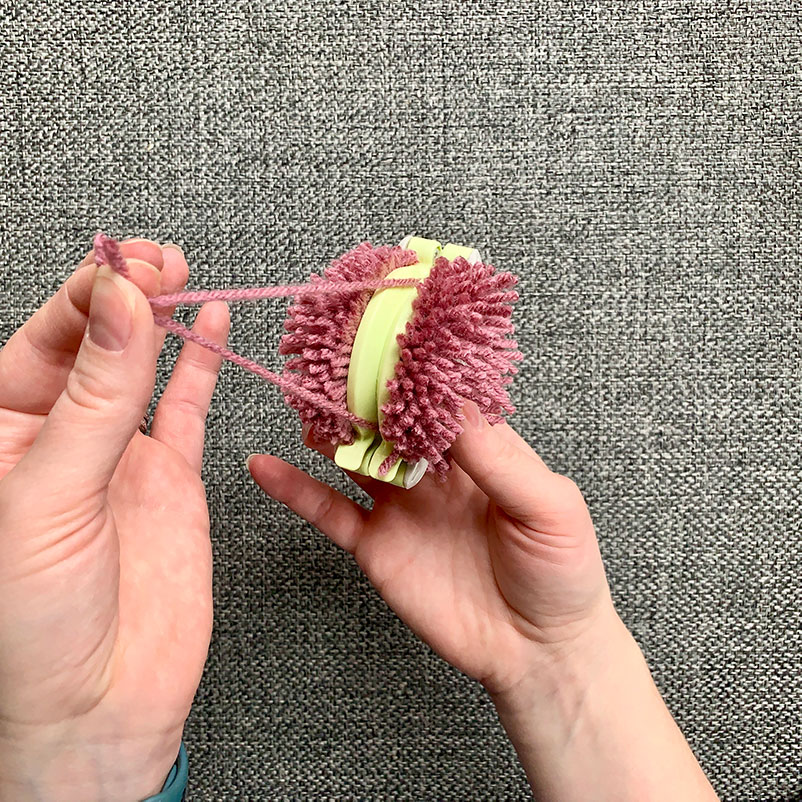 Place the piece of yarn that you cut in the groove. Pull tight and knot the yarn. Turn the pom pom maker over and tie another knot. Turn it over again and make a third knot. 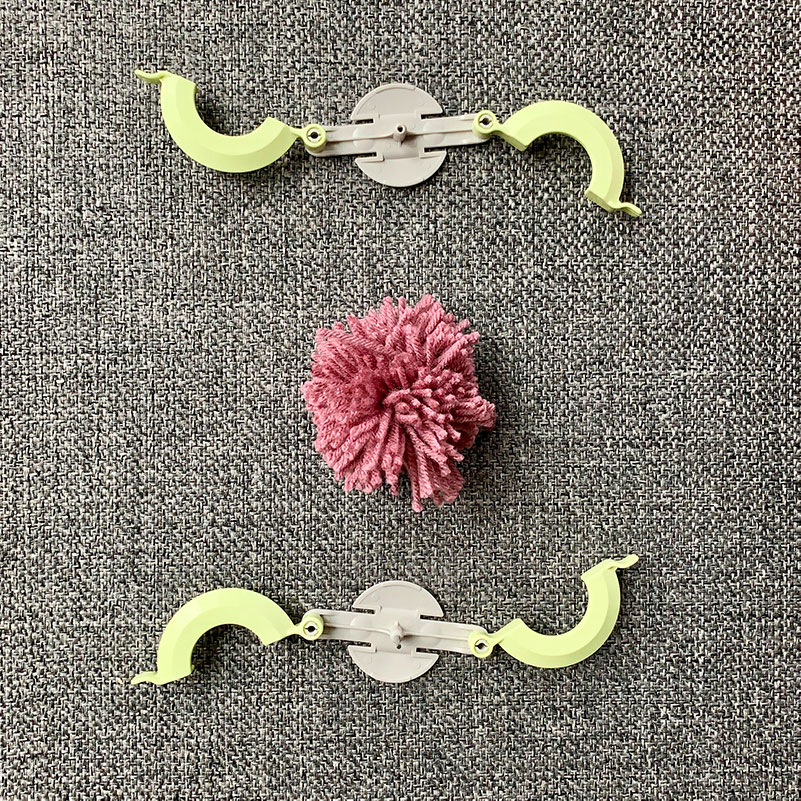 Pull the two green pieces away from the middle and pull the two sides apart and your pom pom should fall out! 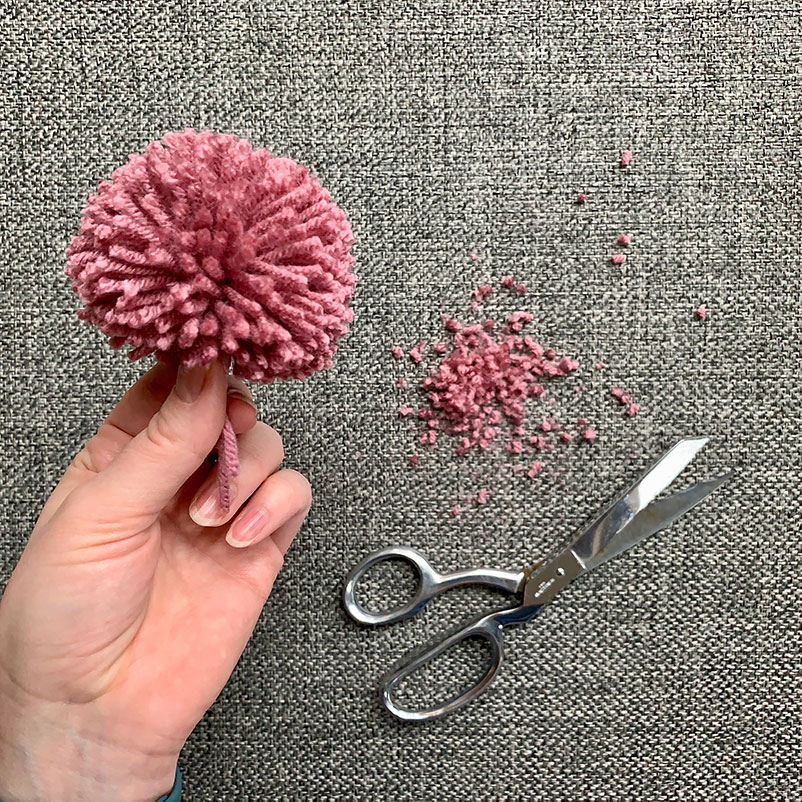 You may notice that you didn’t make a gorgeous uniform pom pom. That is because there are different lengths of yarn making up the ball. You need to give it a little haircut to make it look more uniform! Once you give your pom pom a haircut it should be ready to go! I suggest vacuuming up the leftovers.

Make PomPoms Without a PomPom Maker 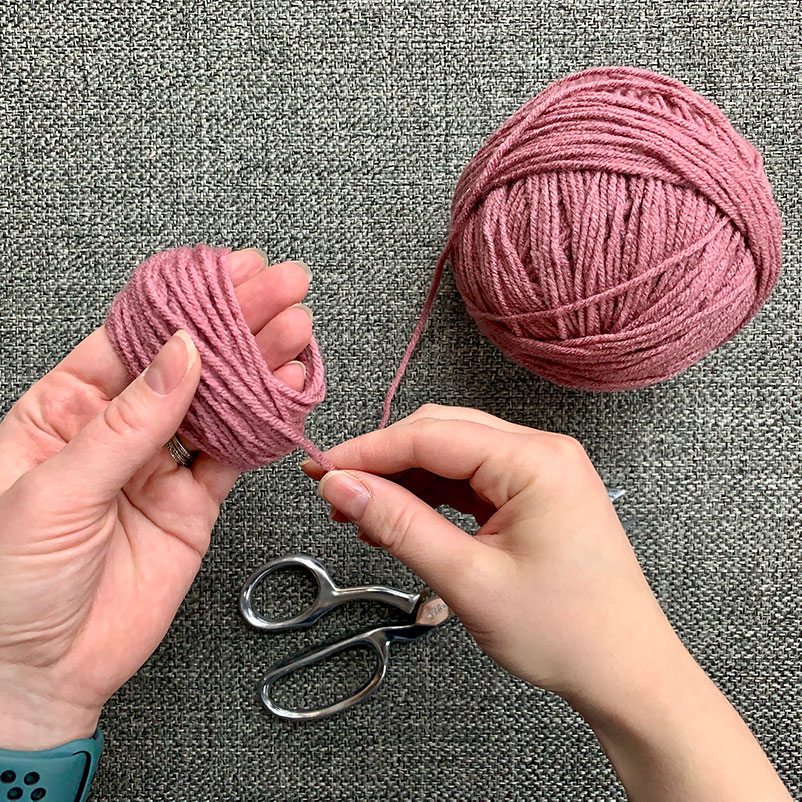 Begin by wrapping yarn around your four fingers. The more wraps you do the more full your pom pom will be. Try to also make sure that you cover all the way down the length of your fingers. It will make your pom pom more uniform. 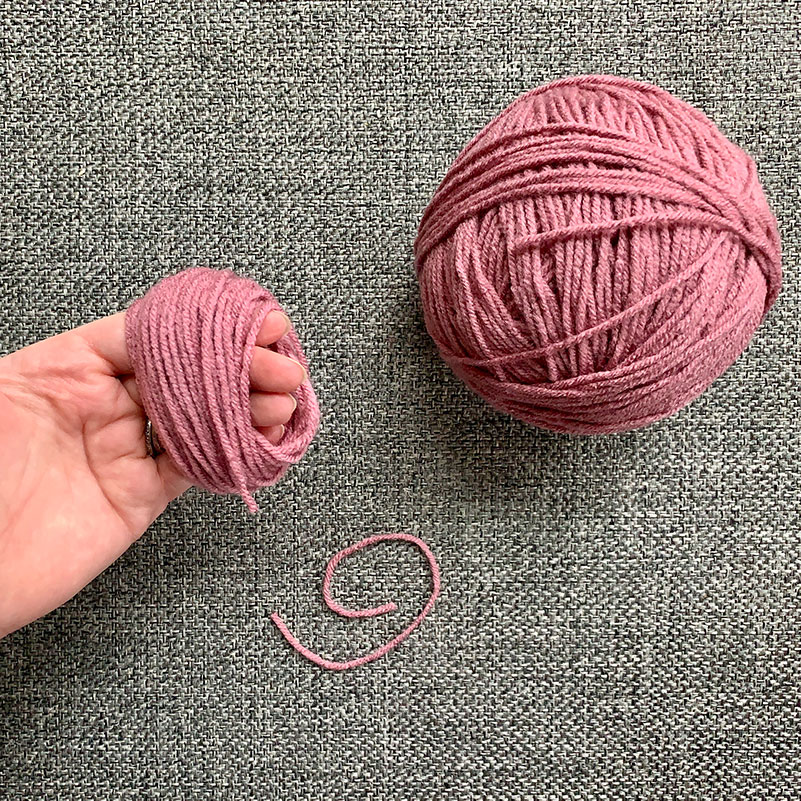 When it seems like you’ve done enough wraps, cut the yarn and a 12 inch piece of yarn. 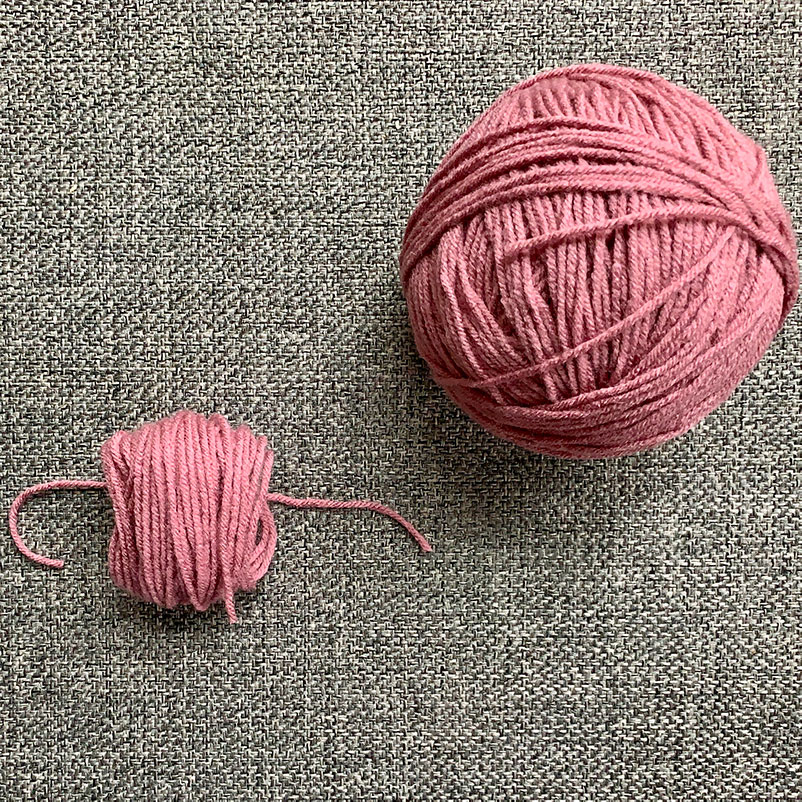 Gently pull the wrapped yarn off of your fingers and lay it across the single piece of cut yarn. 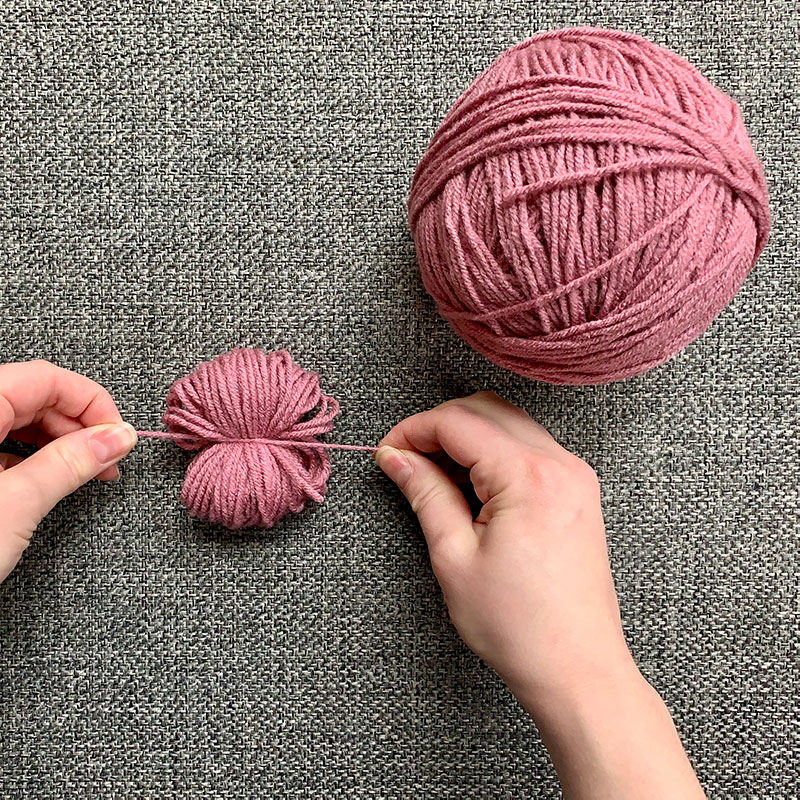 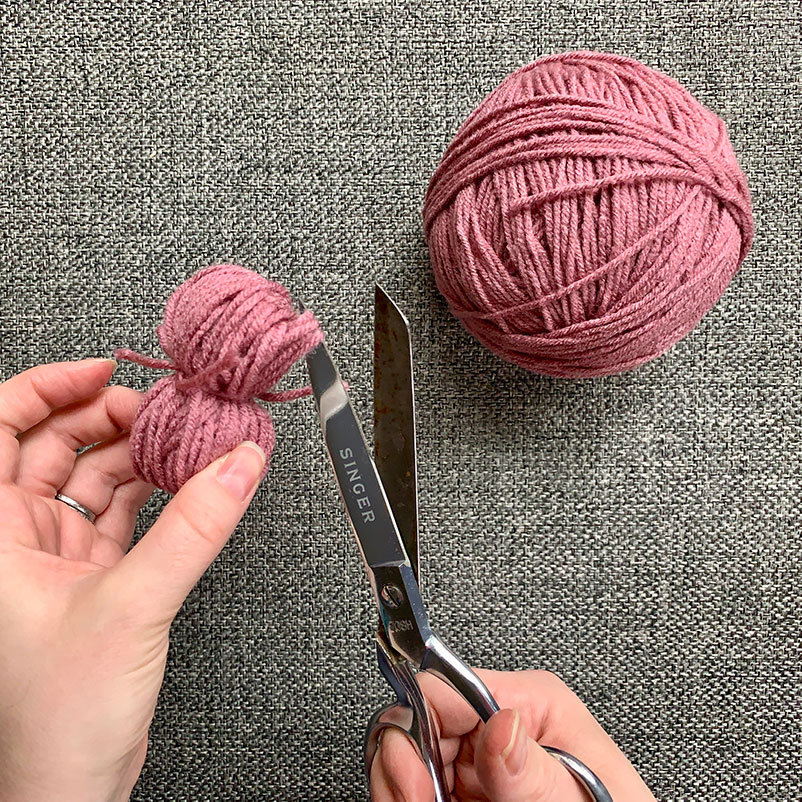 Cut the loops of yarn on the top and bottom. You may need to dig into the pom pom to find all of the loops. 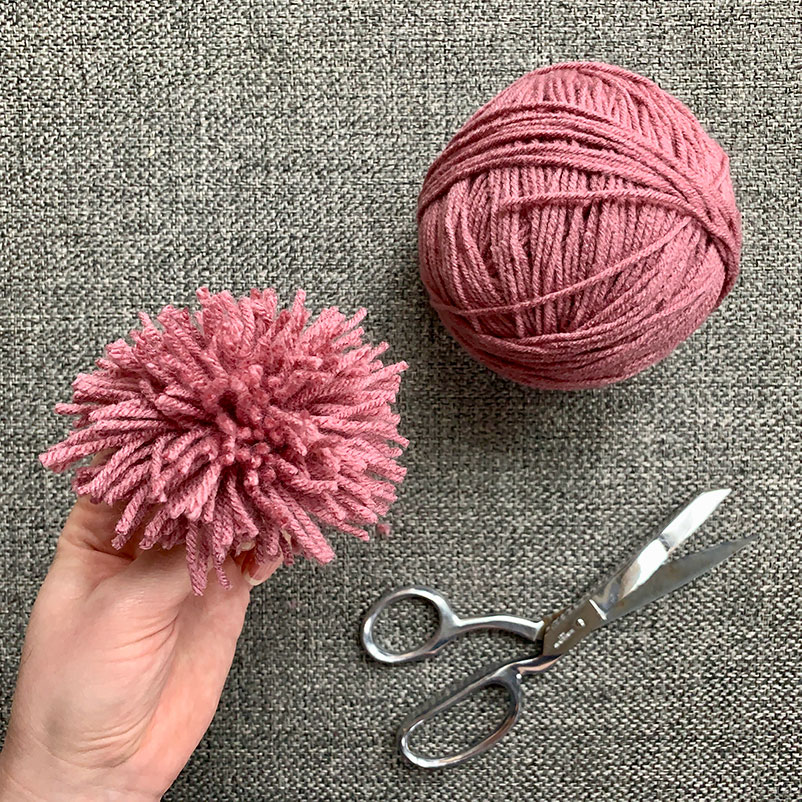 Once you are done cutting the loops you will notice that your pom pom looks a little wonky and not very uniform. 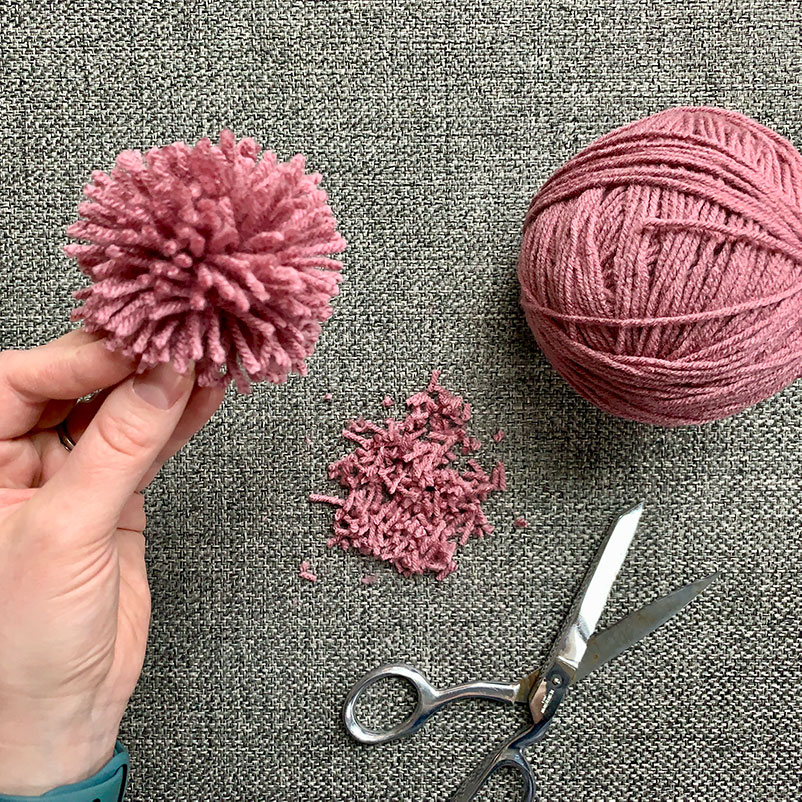 Which means you just have to give it a little haircut! Continue to rotate the pom pom making small cuts as you go. I encourage you to use a vacuum to pick up those small pieces. 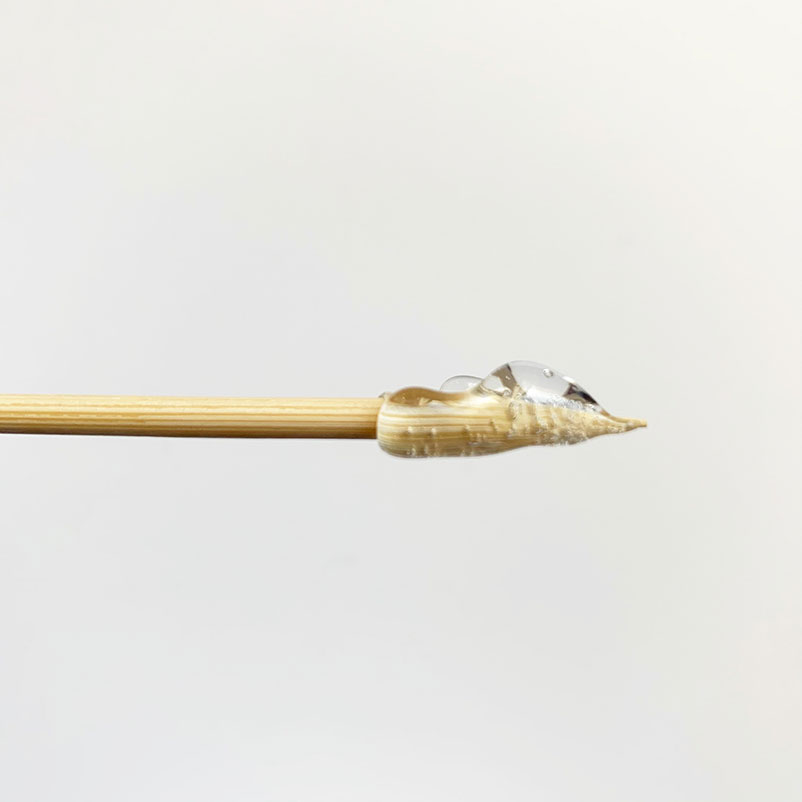 Once you have your pom pom flowers made apply a dab of hot glue all around the top of your skewer or stick. 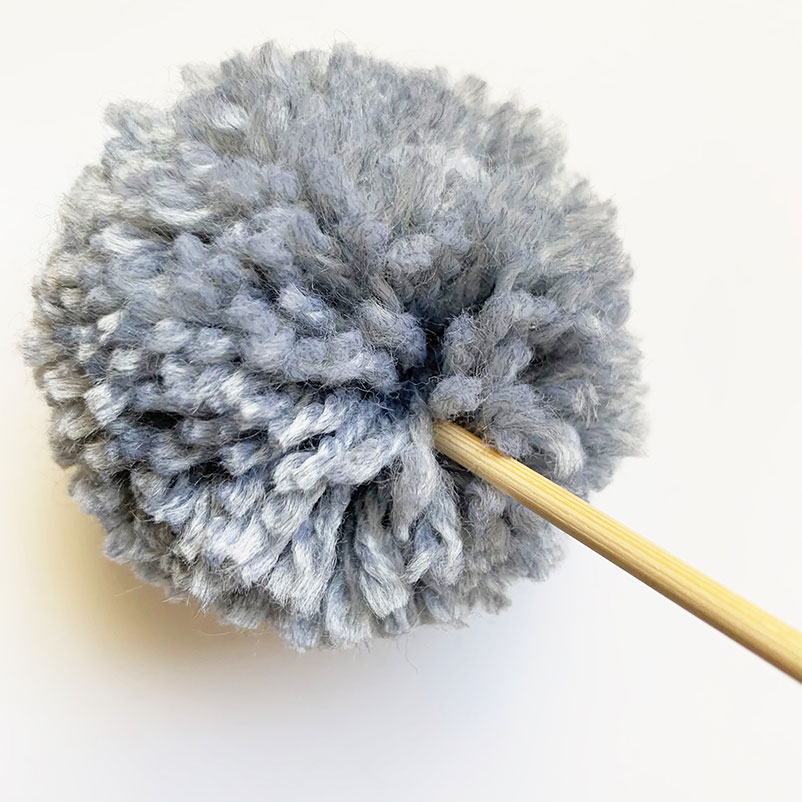 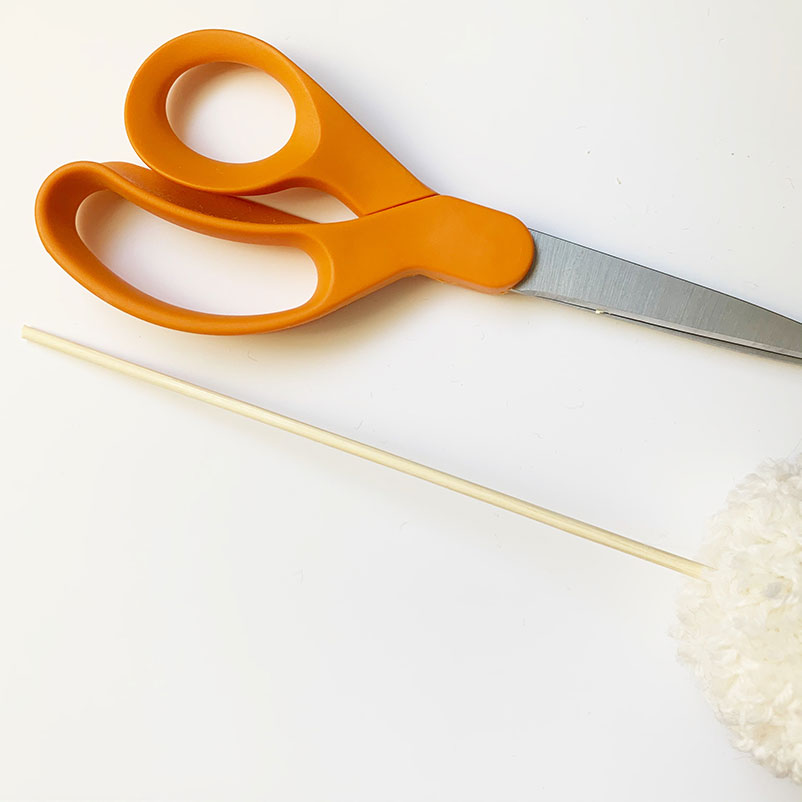 To adjust the size of the skewers or sticks simply score the skewer by gentle cutting the wood with some scissors. Rotate the skewer while making little cuts. Just cut the wood enough so you can easily break it. Smooth it out by rubbing the cut end on the cutting board. 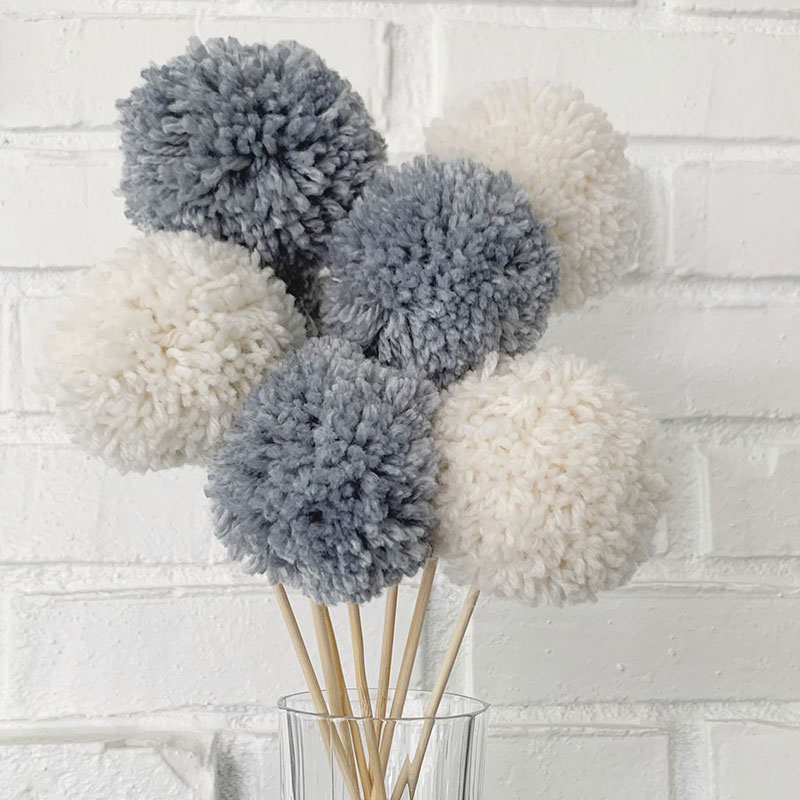 Repeat! Assemble them in a cute jar or vase together.